AI for Real at Long Last?

Artificial intelligence, deep learning, neural networks, smart bot, adaptable intelligence, machine learning, whichever your flavor, it’s selling like a snow cone in Texas in August. In a trend that has been gathering steam since 2011, some of the tech giants are leading the pack to put money down on private companies that have developed applications of AI technology.

According to CB Insights, “Nearly 140 private companies working to advance artificial intelligence technologies have been acquired since 2011, with over 40 acquisitions taking place in 2016 alone (as of 10/7/2016). Corporate giants like Google, IBM, Yahoo, Intel, Apple and Salesforce, are competing in the race to acquire private AI companies…”

It is rare to see the top echelons of tech so obviously agreeing on a technology trend, but their actions demonstrate that the long-term horizon for AI technologies is bright. The value in these types of technologies is in finding the right combination of functionality and application, and development is tricky. So it makes sense that tech companies are willing to shell out for a head start on core AI capabilities.

Notwithstanding Elon Musk’s caution that AI may lead us to the end of the world, the technology has now matured to the point that it is usable and can solve some of our real-world, everyday problems. Human interaction with technology has accelerated to a near-constant state and we now need an interface to sort through all of the available information surface only what is important enough for our attention.

Think of AI as your handy assistant who never complains, never gets tired and never asks for a raise.

Artificial Intelligence Software is Booming, But Why Now?

More and more of the significant tech players are investing in AI engines. It is a trend to note for businesses that must adapt and innovate quickly.

“‘No one really knows where the value is,” said Marc Benioff, co-founder and chief executive of Salesforce. “I think I know — it’s in helping people do the things that people are good at, and turning more things over to machines.'”

“Suddenly, old A.I. experiments were relevant, and money and cheap data resources were available for building new algorithms. Ten years later, computing is cheaper than ever, companies live online and in their phone apps, and sensors are bringing even more unruly data from more places.”

“Amazon, Google and the rest have exceptional A.I. resources for sale, but many older companies are wary of turning their data over to these upstarts. That, along with fear of a competitor getting on top of A.I. first, is a big motivation for some to try things out.”

As the industry seeks to find the next great consumer technology using AI, Silicon Valley has opened the floodgates on funding for AI projects. In the competitive sport of venture capital, we will likely see dozens of busts but among them that home run hit. Stay tuned.

“The new era in Silicon Valley centers on artificial intelligence and robots, a transformation that many believe will have a payoff on the scale of the personal computing industry or the commercial internet, two previous generations that spread computing globally. Computers have begun to speak, listen and see, as well as sprout legs, wings and wheels to move unfettered in the world.”

“Silicon Valley’s financiers and entrepreneurs are digging into artificial intelligence with remarkable exuberance. The region now has at least 19 companies designing self-driving cars and trucks, up from a handful five years ago. There are also more than a half-dozen types of mobile robots, including robotic bellhops and aerial drones, being commercialized.”

“Funding in A.I. start-ups has increased more than fourfold to $681 million in 2015, from $145 million in 2011, according to the market research firm CB Insights. The firm estimates that new investments will reach $1.2 billion this year, up 76 percent from last year.”

The White House Weighs In

Believe it or not, the White House has joined the frenzy as well, and released a research report on artificial intelligence, complete with recommendations for AI and America’s future. Resources here:

The White House is interested in AI as an economic generator with accompanying job growth, as well as an avenue to keep the country on the leading edge of innovation. The Administration calls on industry, civil society and government to work together to develop the technology, while mitigating risks.

How Will AI Change Your World?

Post Your Recommended Reads to the Comments Section Below! 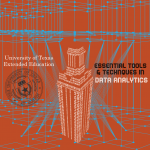 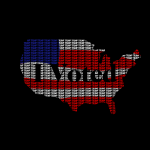